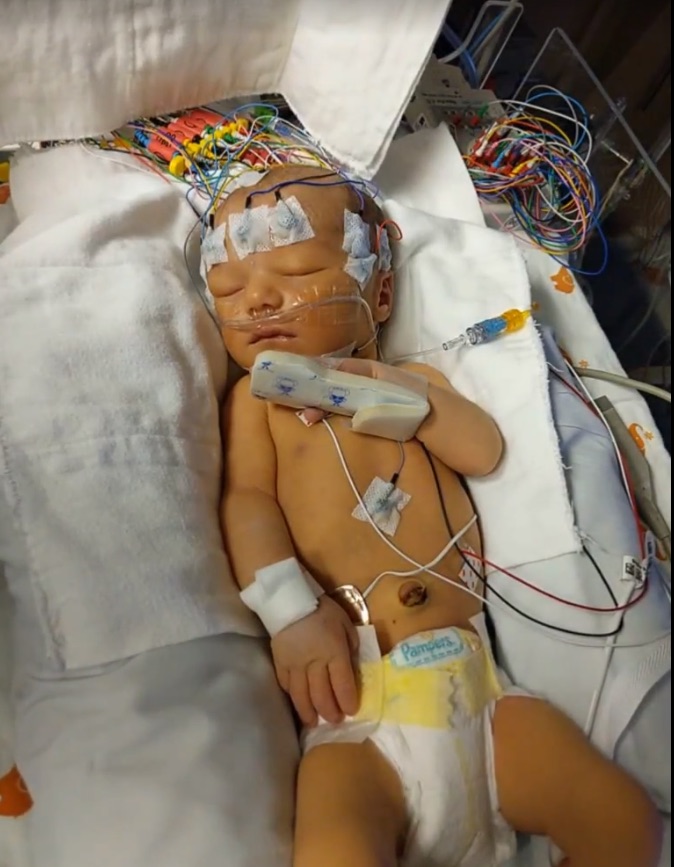 Your child has been diagnosed with NKH. Now what?

Nonketotic hyperglycinemia (NKH) is a rare genetic metabolic disorder caused by a defect in the enzyme system that breaks down the amino acid glycine, resulting in an accumulation of glycine in the body’s tissues and fluids. There is a classical form of NKH and a variant form of NKH. The classical form is then further divided into severe disorder or an attenuated form (mild form).1

Like many other families we’ve spoken to over the years, the initial diagnosis is bleak. Most doctors (namely those who’ve never treated a child with NKH, OR who have and the outcome was not life) do not provide patients’ families with much hope. Almost all children who present with symptoms of NKH at birth are diagnosed as classic severe. This can be scary because classic severe is the most life-threatening diagnosis of NKH. However, once treated with Sodium Benzoate (SB) and Dextromethorphan (DXM)2, most newborns can sustain themselves without life-supporting machinery.

A common misconception about NKH is that SB and DXM are purely experimental and will have little to no effect on the baby; who’s now been intubated and asleep for several days (or weeks). Sodium benzoate treatment is for glycine reduction. According to Dr. Johan VanHove, SB remains the most reliable form of glycine reduction, especially in babies presenting at birth.

Due to the effects of excess glycine in the brain, DXM is prescribed to protect the NMDA receptor and ultimately protect the brain.3

Not every family is prepared to care for a child with a rare disease, and that’s okay. However, stating that there is absolutely no treatment for this condition is just flat-out incorrect.

I cannot speak for everyone because every child born with NKH is different and requires individualized care. Still, after speaking with several other NKH families, our story is not so rare.

Lucas was born at 41 weeks and one day after an uneventful pregnancy and delivery. He passed all of his APGAR tests and every other newborn screening at our birthing hospital. When he came out, he cried and kept his eyes open for several hours. However, after 24 hours of struggling to keep him awake to feed, coupled with his extreme floppiness (hypotonia), his dad and I knew something was wrong. Fortunately, our coupling care nurses agreed and asked a THIRD pediatrician to examine him (two others had already cleared him to go home). This doctor decided that something wasn’t right and immediately had Lucas sent to the special care nursery. The specialist promptly recognized Lucas’s arm jerking as seizure activity and administered an anti-epileptic. From there, it seemed like time had stopped entirely. He was then transferred to a hospital with a proper NICU. He has given a battery of tests, including an EEG, lumbar puncture, blood serum, urinalysis, a head ultrasound, and MRI.

The neurologist working the NICU that day happened to specialize in genetic disorders and, after examining Lucas and studying his lab results, diagnosed Lucas with glycine encephalopathy, NKH. He knew that Lucas needed to start sodium benzoate right away. This meant Lucas was to be sent to the Children’s hospital, where he would spend the next three weeks recovering, learning to feed orally, and passing several more tests before ultimately being sent home.

While doctors told us all of the scary things that most families are told about their children, we chose to fight and let Lucas fight. We trusted that sodium benzoate was doing what they expected it to because 24 hours after his first dose, his blood serum glycine level was less than half of what it was before he got the treatment.

Three years later, we are still dealing with the symptoms and side effects of NKH. It’s not easy. I won’t sugarcoat it. Lucas is developmentally delayed; he doesn’t do much of what a three-year-old “should do.” He can’t walk, talk, or feed himself; he can’t sit unsupported or even hold his head up for extended periods. We were told that we wouldn’t even bring him home from the NICU, and if we did, he would be a vegetable, that he wouldn’t be able to eat by mouth, make noises, or interact with people. I’m here to tell you that because of early intervention with sodium benzoate (and hours of therapy and practice), Lucas is 100% oral fed, babbles and makes many sounds, smiles at his loved ones and recognizes faces and voices. He can play with his toys and participate in every form of therapy he does. He may not have a typical three-year-olds life, but he has a life, and it’s a life worth living.